John Reynolds, Founder, Executive Director & Chairman
John founded Veterans2Work in 2008 to help returning veterans launch careers in the growth economy.  Before founding Veterans2Work he was an executive and entrepreneur in technology and professional services, serving along the way as adjunct professor in business ethics at UC Davis.

John served in the Vietnam War as an infantryman in the US Army.   In 2012 he was recognized at the White House for his accomplishments.  He was named a Hero of Marin and named a Purpose Prize Fellow and recognized for his work by two former U.S. presidents.  He has a BA from The Ohio State University and an M.B.A. from Stanford University.  ​He lives in Marin County, California with his wife and two children.
Mark Grgurich
Tamara Hull 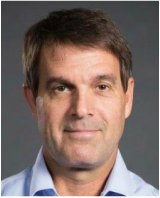 Bill Wilson
Bill served with the US Navy for 28 years as a Naval Special Warfare officer.  He has been on multiple overseas deployments.  Among his varied military assignments, he served as commander of SEAL Team 1 and led the Navy’s selection and training of all Navy SEALs.   He is committed to helping fellow veterans improve their access to growth economy opportunities.

Bill currently serves as Director, Academic Relations for Workday.   He lives with his wife and two sons in San Diego.